A little bit of progress

In between the showers, which made the ground too heavy to work with, and the recent hot spell which dried the soil into a concrete-like state, some progress has been achieved.

Firstly the developers sent in their landscapers who tidied up and made significant improvements to the area at the front of our house. The photo doesn't do it justice, but in a month or so when everything is in full leaf, I'll take another. 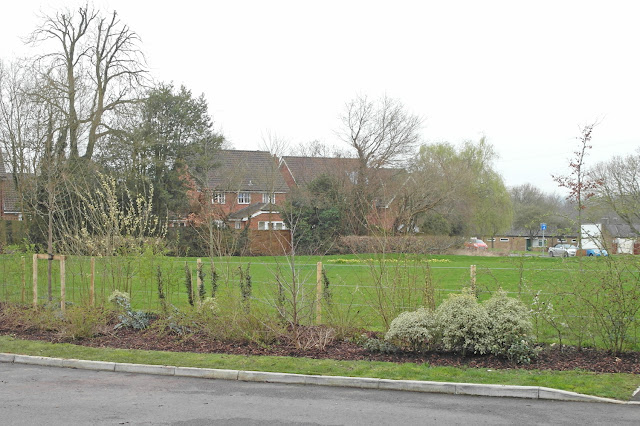 These hydrangeas are in the wrong place 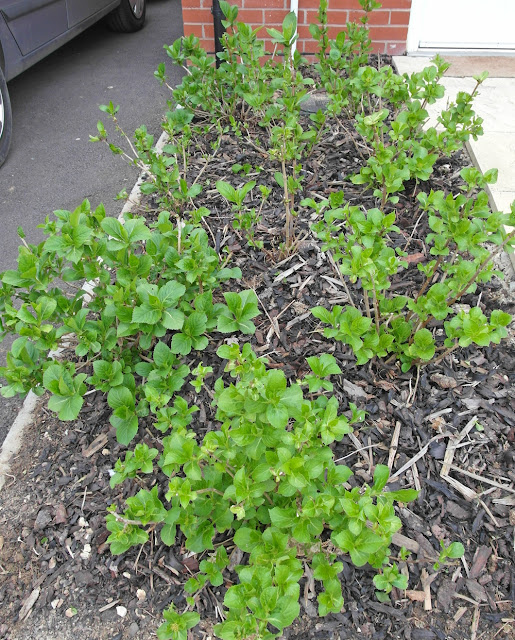 and this border on the boundary is just a mess 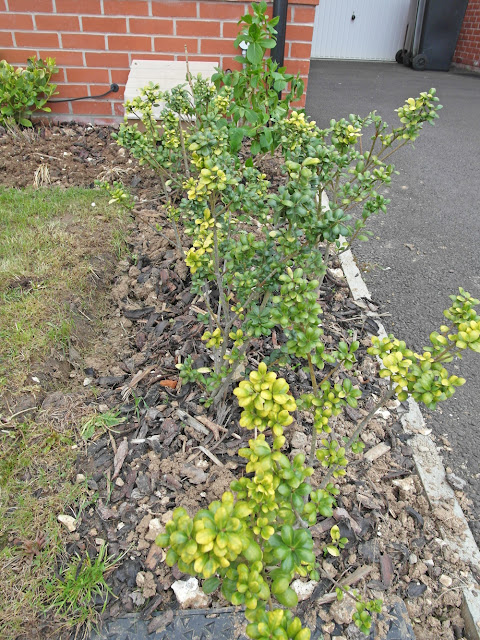 so the intention is to widen the border, remove these scrubby plants which, it seems, have no intention of growing, and move the hydrangeas across. Hydrangeas don't like being moved, so the process will be undertaken by moving one at a time and leaving it until it's firmly established before moving the next one. I think this, the first, is fairly well established now, having been well and truly watered in both by me and by the rain gods. 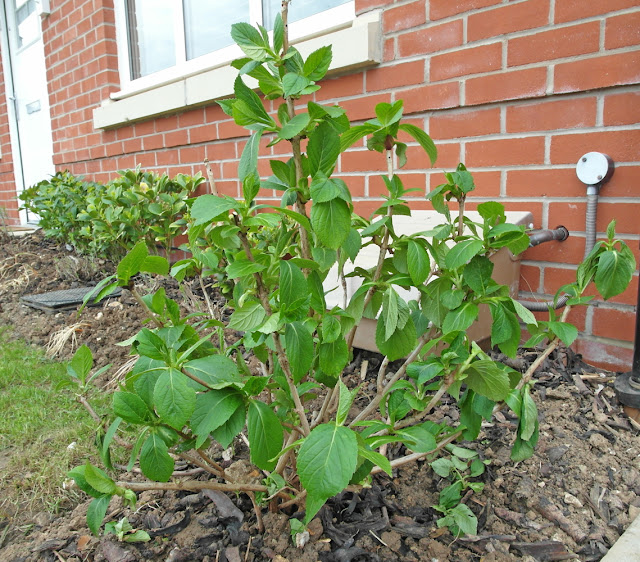 At the back, the first of the runner beans have been planted out 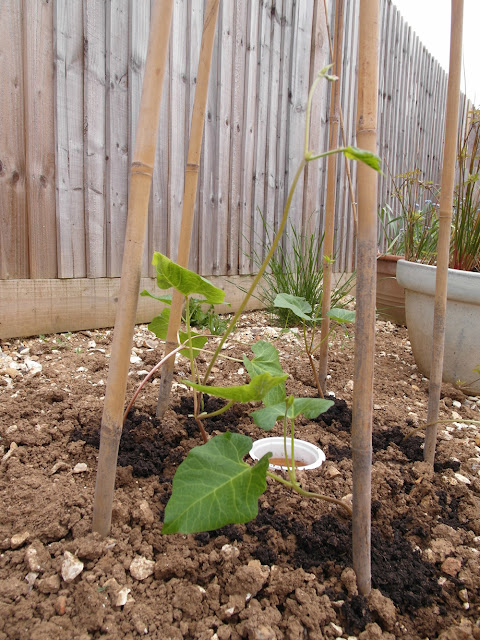 and more are ready to join them. 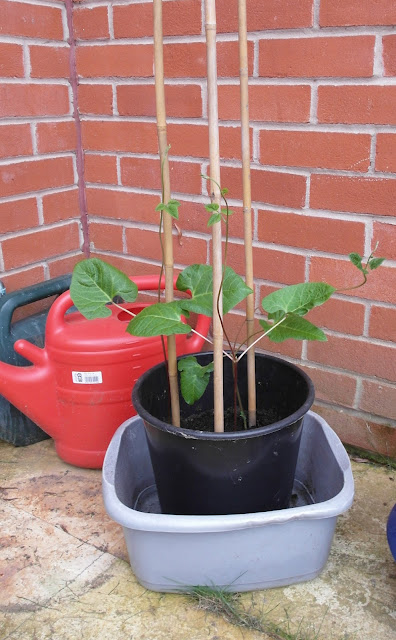 The clematis is also now in its permanent position close to the back fence - a trellis will be erected for it to climb up. (The rather droopy leaves next to it belong to a hollyhock which is slowly recovering from the shock of being planted out). 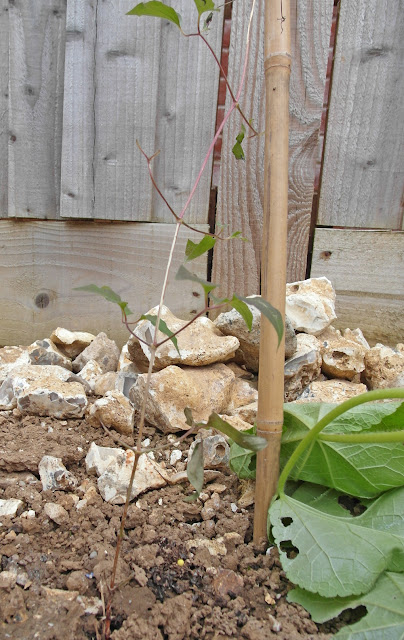 This, the far right hand corner, which I worked on briefly last year, is looking good. The fig tree is greening up nicely although you can't actually see much of it, the soldiers and sailors are in full bloom, self-seeded love-in-the-mist (nigella) is growing strongly and my little fairy at the bottom of the garden sits proudly in her spot and lights up after dark. 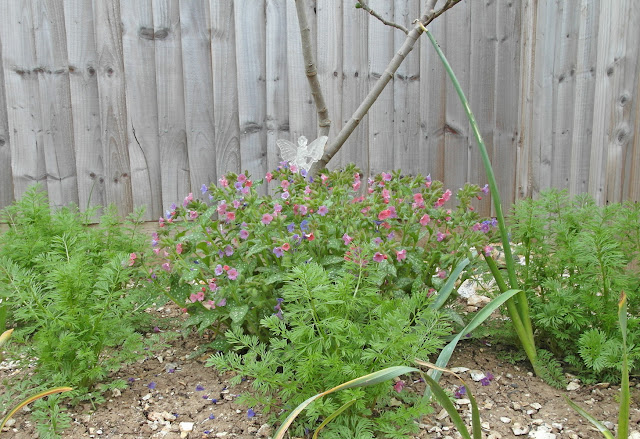 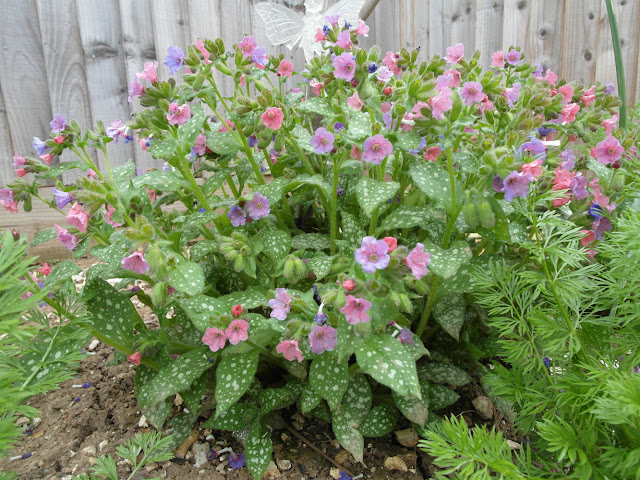 And lastly, a late flowering narcissus to brighten your day. 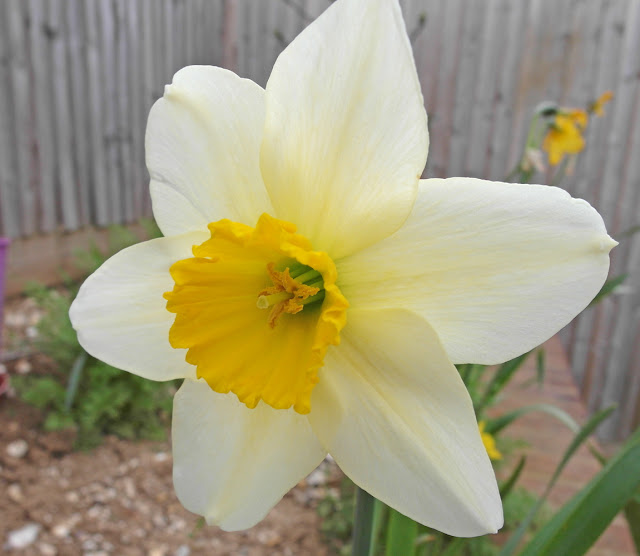 The weekend forecast wasn't good, but it stayed dryer than expected yesterday so I was able to get out for a while. The edge of the grass was a bit higgledy-piggledy, so first job was to straighten it. 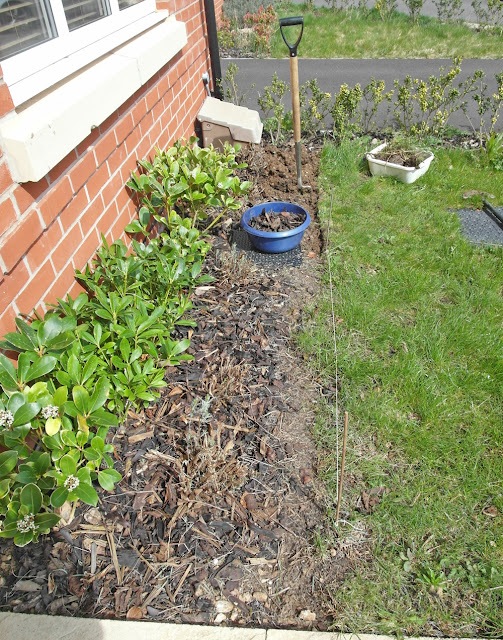 Then the fading crocuses (that I picked up for next to nothing) were put in, along with a few daffodil bulbs for next spring, a few gladioli bulbs for this summer, and a large sprinkling of summer meadow seeds, and hey presto, one tidy looking border. 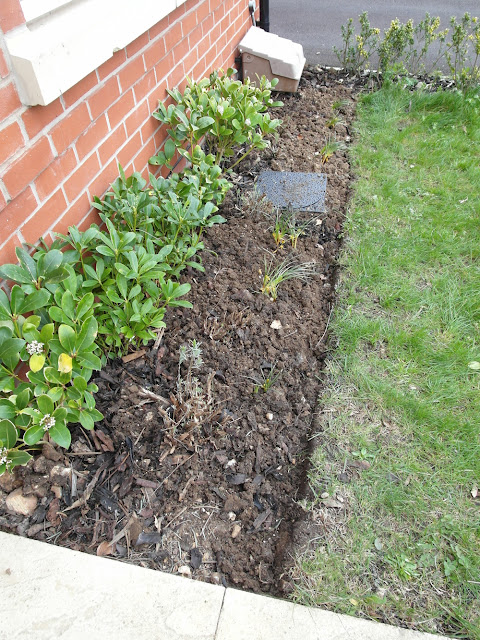 . . . just spent a couple of quid on stuff for the garden 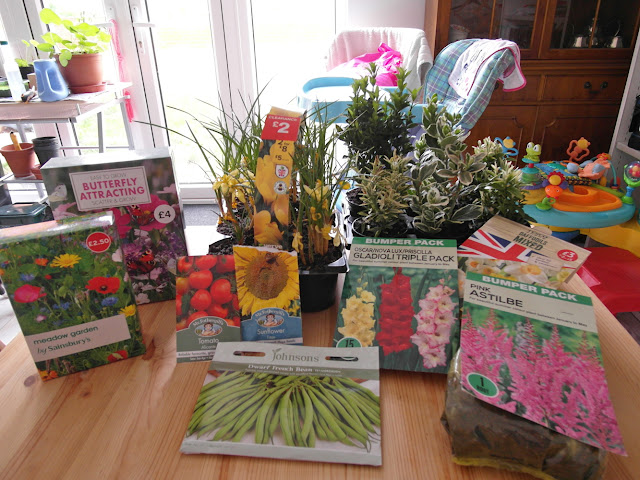 Friends and my blog follower will know that last year GM and I moved house to be closer to the granddaughters. The house we bought was only two years old, but despite that it still needed quite a lot doing inside - the previous occupants were tenants and left rather a mess. Therefore not much time was spent in the garden apart from keeping the grass cut and some of the weeds at bay. So, basically, the garden is almost an empty canvas for me to work on, and now that April has arrived, so has the gardening bug.  Here is my blank canvas at the back 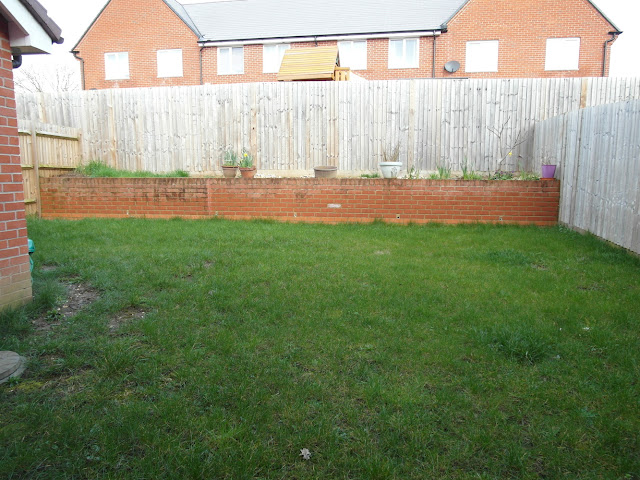 Last spring I dug over a couple of small areas in the raised bed, fed them and successfully grew some runner beans and tomatoes, which lasted us through the summer. I also attempted to clear the bed of weeds, and apart from the area on the left where you can see grass, I was fairly successful. But this year the gardening bug has already taken hold. Easter weekend was too wet to actually go outside for any prolonged period to do much but I've created a little potting bench just inside the french windows where I've sown strawberry, tomato, runner bean and sunflower seeds ready to plant out when(if) the weather improves.

The front garden isn't exactly a blank canvas, but it is typically just the same as most of the other front gardens on the estate, with pretty poor soil and planted with pretty low quality plants, so is rife for improvement, as you can see. 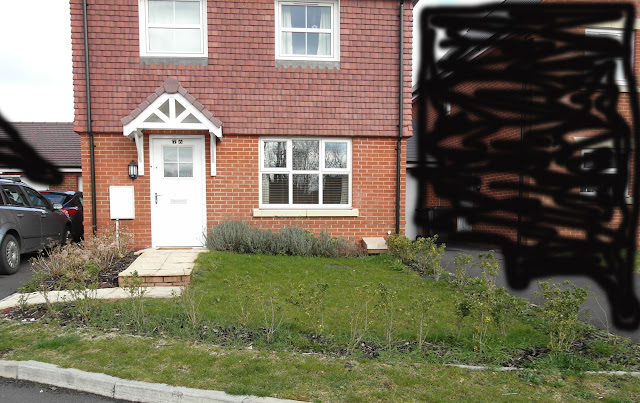 Easter sunday morning was dry for a few hours, so after taking this shot I spent an hour cutting back the lavender growing in front of the window which had completely hidden the plants behind.

So this is where I'm starting from and I'm hoping to show a great deal of progress over the course of the year.
Posted by joy at 2.4.18 2 comments: