I personally voted to remain in Europe, because, to my (I admit limited) knowledge I thought it would be best for everyone, for all of the UK citizens and for the citizens of all the other EU countries as well. I naively assumed that the majority of others in this country would feel the same. What I hadn't realized until only last Monday was the personal impact that a leave vote would have on me and my family.
My lovely daughter-in-law is Japanese, she and my son have been together for 10 years, married for 7 and they have two gorgeous daughters. My daughter-in-law is the main breadwinner as her job with a Japanese Investment bank provides a deal more income than my tree-surgeon son could hope to earn.
The work that she does is quite complicated, but I hope she won't mind me telling you that basically she sells European shares to Japanese investors. In order to do this, the company that she works for (and incidentally any other UK or international company that does the same thing) needs to be situated inside the EU, which means that at some not too distant point in the future the company and all its employees will need to be relocated to an EU country. If I remember rightly, the options available to them are Dublin, Paris or Frankfurt. So, instead of them being an hour's drive away, they will be heaven knows how far away. And, worst of all, my daughter-in-law, being a foreign national, had no say in the process, despite having lived in this country for many years, being married to an English man, having two half-English children, and having a mortgage on a house in England.
To say that I am sad is an understatement, but I guess that now I'll at least have the opportunity to travel to wherever they end up, as long as my pension holds out!
This is not a complaint or a whinge, just an individual viewpoint of how suddenly several lives can be impacted so severely. These two brothers, who have always been close, will now be separated, as will the four cousins who all get on so well together. 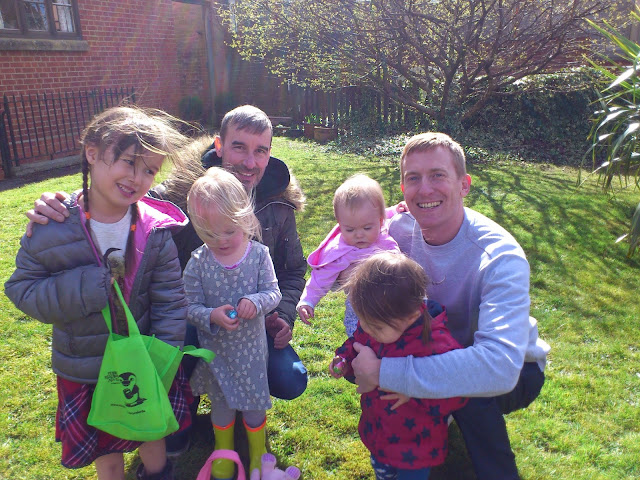 I wasn't sure whether to participate this year or not, with so much else going on, but having just had a few days away with GM, in a very wet Wales, I saw some of the items I knew were on the list so I started snapping, and before I knew it I had found and snapped almost half of the items on the list (which can be found here). 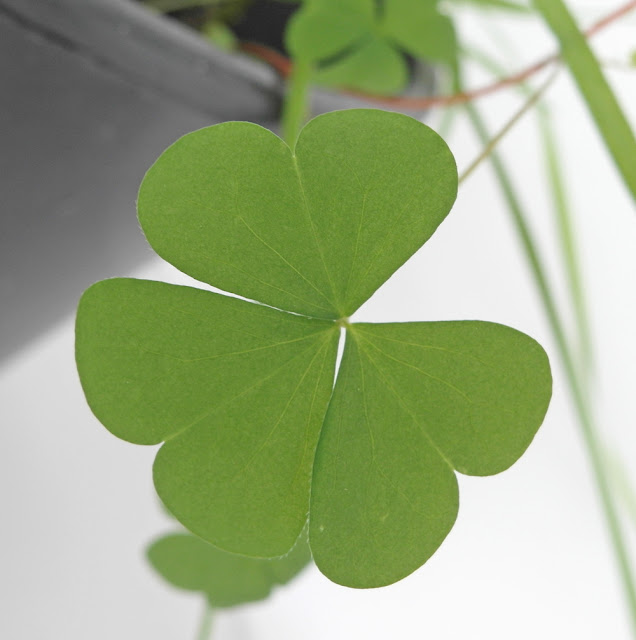 No. 2 A foot or paw print - found in Caerleon 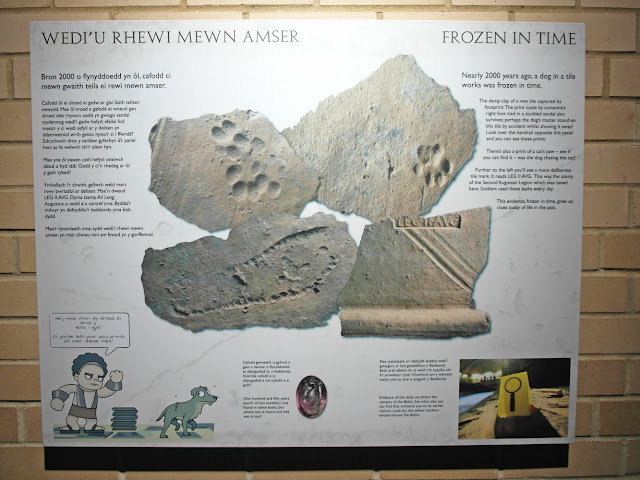 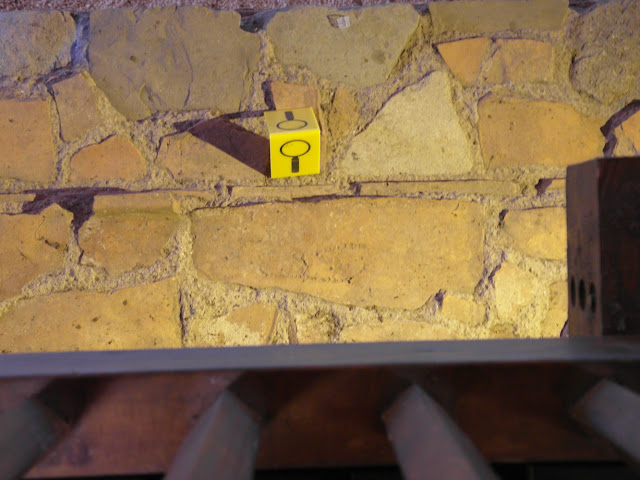 No. 3 A skeleton, bone or xray - a snail, wearing his bone on the outside 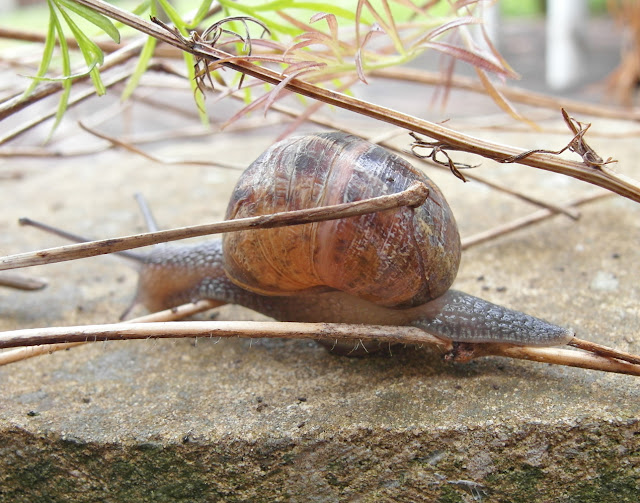 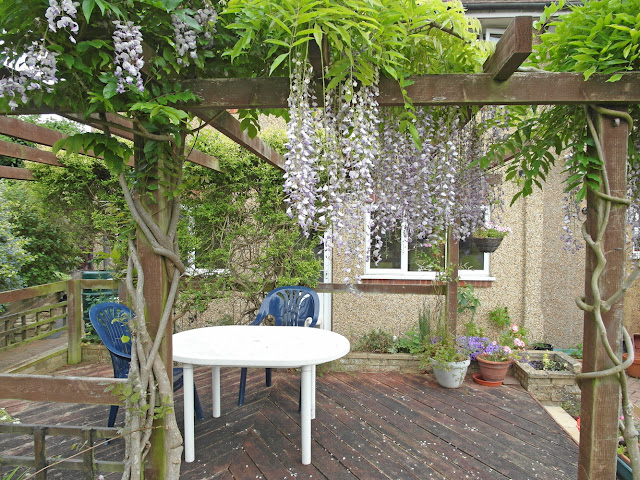 No. 12 A window - our holiday digs (spot the wildlife) 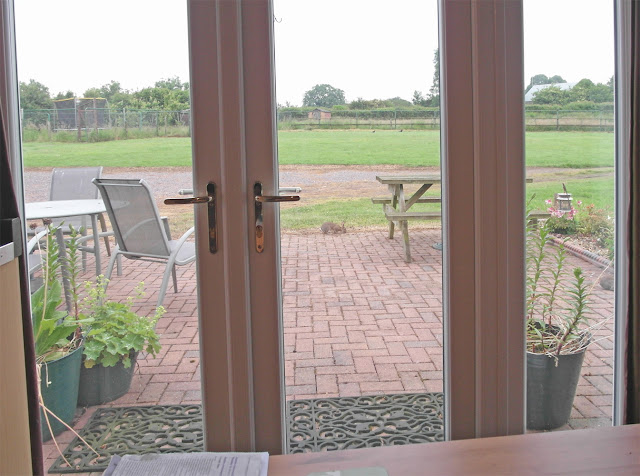 . . . and the remains of a window in Usk Castle 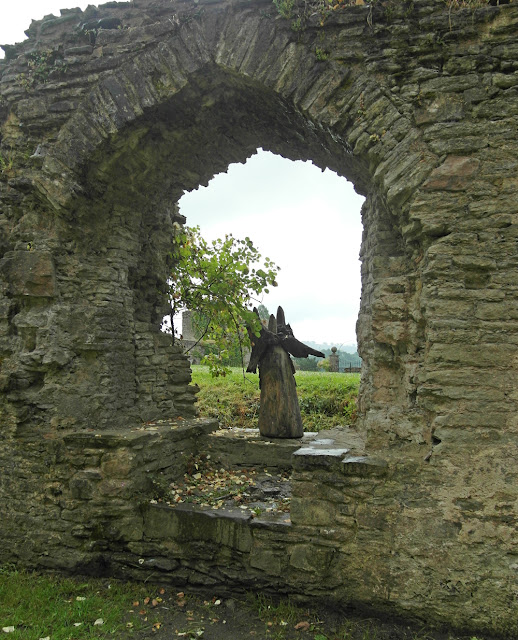 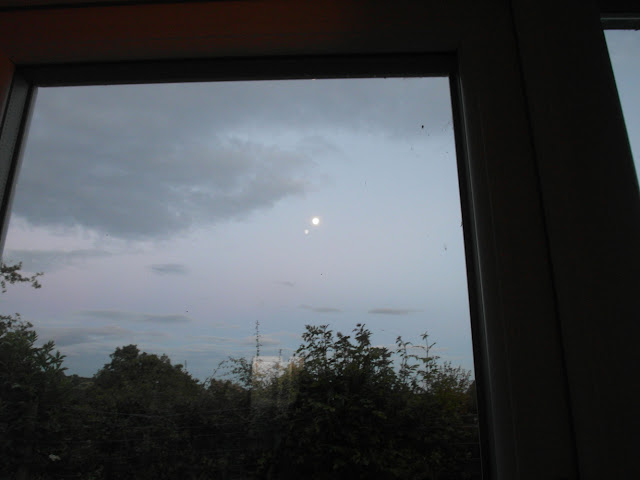 No. 16 A map showing a trip taken - our day at Caerleon 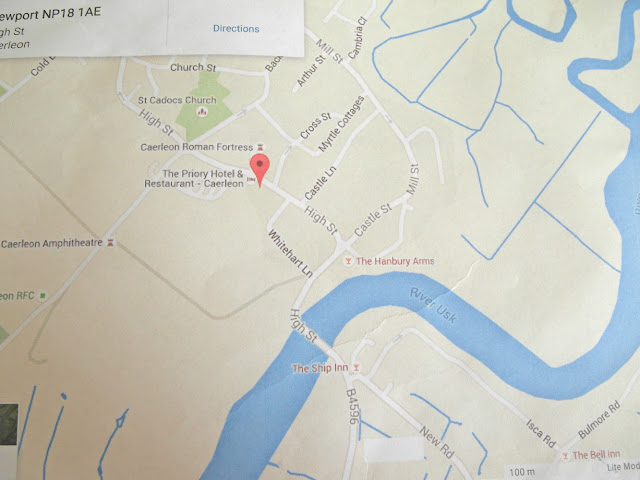 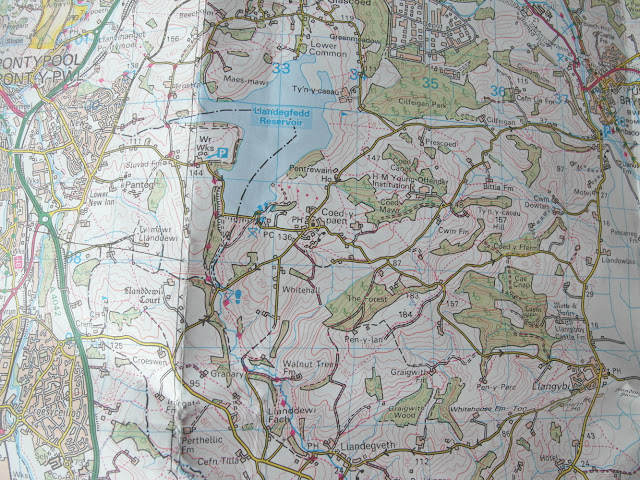 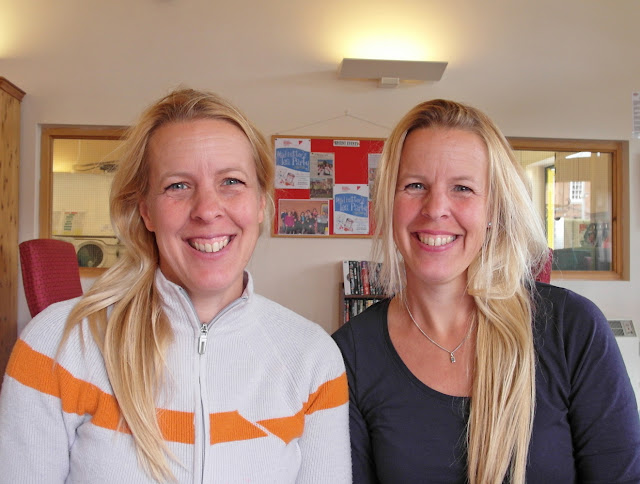 18. A supermarket cart, basket or trolley full of groceries 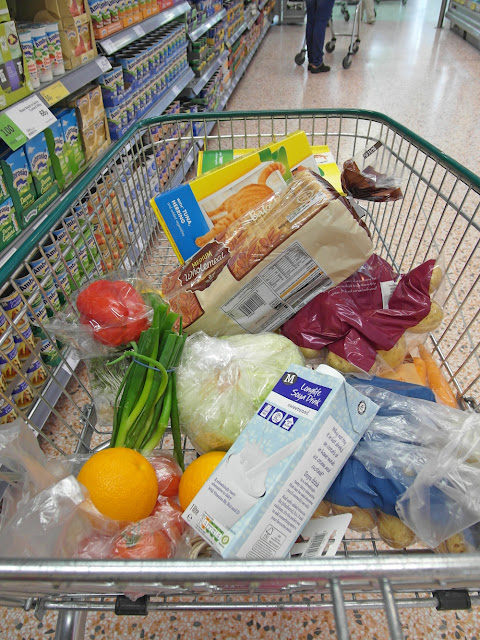 If you would like to join in, please visit the link at the top for the complete list of items to find, and the "rules".
Posted by joy at 22.6.16 4 comments:

Most Bank Holiday Mondays are spent by us being pretty lazy - we don't venture out on the roads, preferring instead to stay still at home rather than in a traffic jam, but this year the Whitsun bank holiday was a slightly different one for us. Purple Bricks had sent us the final draft of the advert of our house, ready to go live on Rightmove, all we had to do was click the send button, which, with a huge sense of occasion, GM and I duly did together. We cheersed each other with our respective alcoholic beverages - lager for him and red wine for me. Then we sat down to our evening meal and told each other that we weren't to expect miracles, we had to be patient, it might take months, blahdiblah.

Tuesdays are busy for both of us, he plays bridge in the morning and visits an old friend for lunch and a natter, I spend the day on reception at the local MS Therapy Centre so we were both out and about until 3.30 on that particular day. He arrived home slightly ahead of me, and in his usual order of things he first changed out of his shoes into his slippers, fed the cat and poured himself a beer. Having then seen to all the important things, he checked his emails. I arrived soon afterwards and was greeted with "So, how many requests to view do you think we've had today?". Knowing that we weren't to expect miracles, we had to be patient, it might take months, blahdiblah I had a quick think and blythely replied "Oh my goodness, I'll bet we wont have any yet awhile".

Wrong!!! We had had three! Three requests from house hunters all wishing to view our house the following day!!

Wednesday dawned, breakfast was eaten, beds were made, dishes done, loo seats lowered, waste bins emptied, windowsills wiped, drying racks hidden from view, windows opened, fresh flowers picked, and by 9.15 I was on my way to spend the morning with GT, while GM was left at home to field viewings at 9.30, 11.00 and 12.30. The poor man just about managed to stagger, exhausted, to Wetherspoons by 13.15. and by 16.30 we had had an offer from the 11.00 viewers. The offer was too low, so was batted straight back to Purple Bricks to negotiate on our behalf.

After a very exhausting day GM slept like a babe, I was far too excited and spent most of the night in a wakeful state of excitement and a "will they, wont they?" frame of mind.

Thursday morning and it wasn't long before we had the call, they had raised their offer to the full asking price, they were in a good position to proceed as they already had a buyer for their house, so it really was a no-brainer. By Thursday lunch-time our house was sold, subject to contract.

Which now left us in a bit of a predicament - we needed to find somewhere to buy, pretty dam pronto. The afternoon was spent making appointments to view properties the following Monday (I had a long standing and non-negotiable family visit planned for the weekend), one at 9.30, one at 10.30, another at 11.30 then a break for lunch and a couple more in the afternoon. Friday and the weekend passed in a blur of speeding along the A303, grandchildren hugging, train travelling through London in both directions, ageing parent caring, eating and sleeping, until I arrived back home, exhausted on Sunday evening.

GM very kindly agreed to do the major part of the driving, so, on Monday morning, armed with various maps, lists and a rigid timetable, we set off at 7.30am and headed for our target area, duly arriving (after a brief cuppa at the Rownham Services on the M27), just in time for our first viewing. This was another day that passed in a bit of a blur for me, but I do remember that one of the appointments was cancelled due to the house having been sold (STC) over the weekend, and of the other four that we looked at, three of them were out of the question for various reasons. BUT the other one, the second house we viewed, was almost practically perfect in every way.

On Tuesday we put in an offer, which was accepted by Wednesday lunchtime, thus we have agreed to purchase a house, subject to contract.

It has taken me this long to be able to recall the sequence of events and place them all in the right order. Am I excited? Well, what do you think?

And now, of course, our sellers need to find themselves a property, and heaven help us if the chain goes beyond them - we mustn't expect miracles, we have to be patient, it might take months, blahdiblah.