It was exactly a year ago today that we had the plumbers in to replace and relocate our gas boiler, you can read about it here.

There then followed a certain amount of reorganising of the cooking area, which originally looked like this. 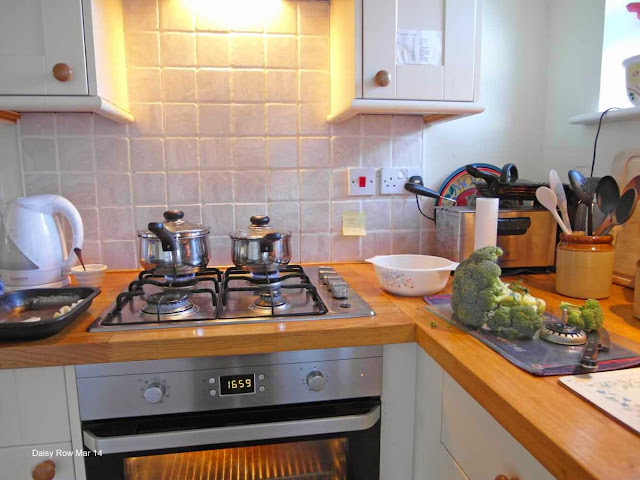 What you cant see from this photo is that the cooking area is located immediately inside the door to the hall, and there is a rather unsightly and totally ineffective copper-coloured cooker hood above the hob.

Well, after a year of working, on and off, in the kitchen, work which included installing and wiring up for a working extractor fan and some spot lights, buying a new hob and installing it in a different place, fitting a new piece of worktop where the removal of the old hob left a gaping hole, removing useless small cupboards and cooker hood and replacing with a row of new cupboards, removing and cleaning up the tiles above the old hob, and replacing them on the wall above the new hob, rewiring and replacing electrical points, re-waxing the entire kitchen worktop, fitting and painting beading around tiling and painting the walls, it is now finished. There was such a lot of work to be done that I've probably forgotten some of it - but all the while this was happening we were not without a working kitchen for more than 12 hours at any one time and we only had to eat out once (see next sentence) - quite a feat. We also had a bit of a plumbing disaster when the chippy put his drill through a hot water pipe, but the less said about that the better. Where we could, we did the work ourselves, but where necessary (plumbing, carpenting) we had professional help.

I could include several shots of work in progress, but that would be a bit boring, so here is just one 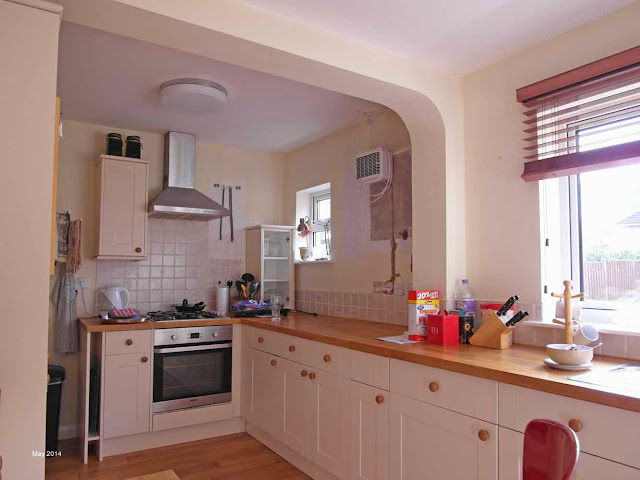 and here is what it looks like now, one whole year since the removal of the boiler 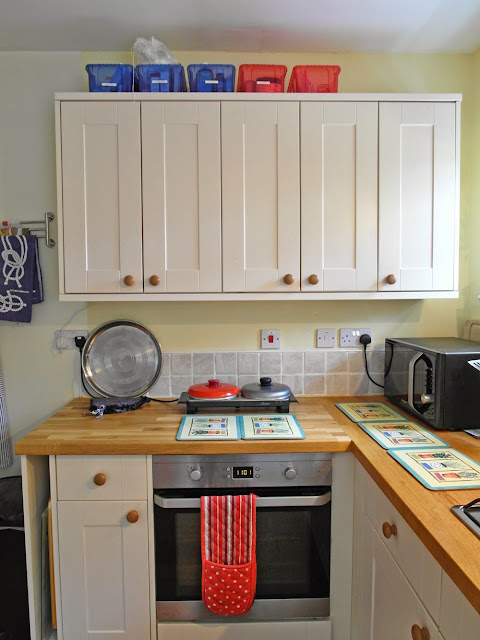 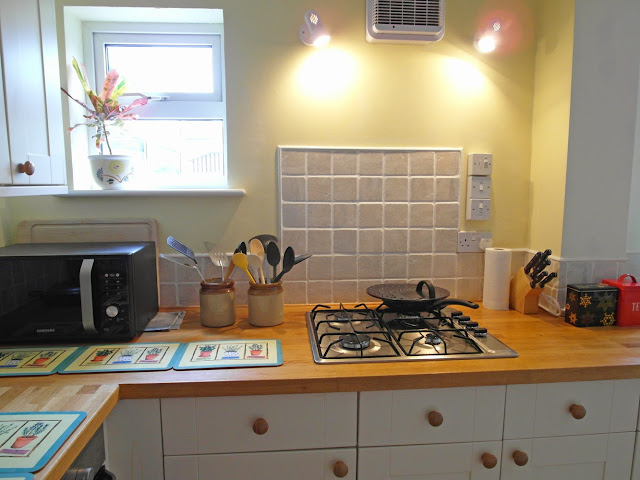 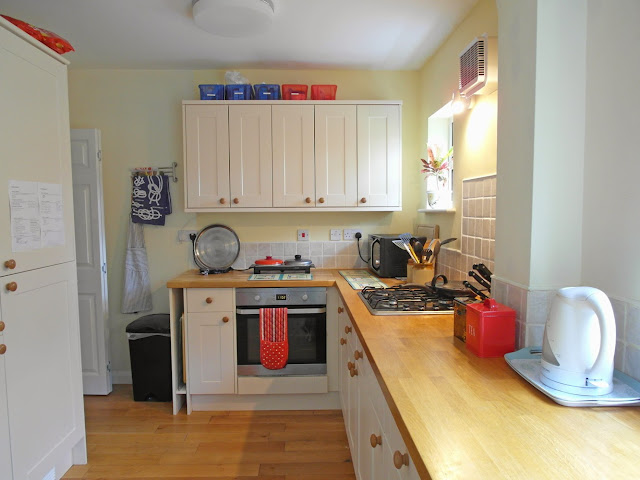 I love my "new" kitchen, except that I'm not happy with the heat mats, they were cheap, don't match the colour scheme and are not up to standard, so they will be replaced.

It all looks fabulous! You have worked hard. Do you find yourself going to the wrong cupboard? I felt like I was in a holiday cottage when mine was finished. Always looking in the wrong place!

Dear Joy
It looks great. It always is a lot of hard work and hassle to do a major project like this, but it is worth it in the end.
Enjoy!
Best wishes
Ellie

It looks fantastic Joy, well done. As for what's next - come and do mine!

Your kitchen is really nice, I love it, we have the same tiles x