For quite some time now there have been quite a lot of things going wrong with the MISI site, where I have two shops to sell my knitwear, so I've really been thinking long and hard about whether to make any new listings in these shops, or perhaps to open new shops elsewhere.
Having "listened" to what various other of my on-line craft-selling friends have had to say, I have finally decided not to list on MISI for the time being, but have opened a couple of new shops instead.
One is called GroovyCart, and that's where I'll list and sell my stationery, and the other is called Zibbet, that's where I'll list and sell all my knits. Currently I dont have anything listed on Zibbet, and only a few "dots and spots" cards on GroovyCart, but when I get my act together and list a few more things on each site I'll post clickable links for you to have a look.
You can still click here to have a look at (and order from) Phoenix.
Its a lovely sunny afternoon here in the centre of the Universe (Wiltshire), so I'll see if I can get out with my camera later, but at the moment Rog, Oli and I are clearing a lot of building and garden rubbish into the mini-skip. Hope you are having a nice sunny afternoon wherever you are. 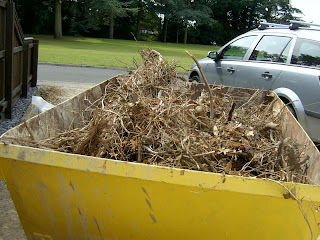 Welcome to Zibbet Joy! Let me know when you've stocked up and I'll blog you :-)

ooh, thanks nifty. probably be sometime during the next week.

A huge good luck with your new shops, I have faith that all the Misi problems will sort themselves out but it is hard to be patient with it as it seems to be going on forever!

I keep hoping that Misi will get sorted, but i've been reluctant to list anything there for ages. Good luck with your new shops x

I have to say that when (if) MISI gets sorted, I'll certainly go back to it, as I just love it, but I really dont want to get into problems just now.
joy

I do hope Misi gets sorted as I love the site. I have things listed on Zibbet but on sales there yet.
Good Luck, Sue